Delicious buffet @lasestacas_oficial
Recharging
This is life
This is how 10:30pm looks like in Ireland - end of June
This is the type of kid I want to raise, not one in the pursuit of wealth, fame or the spotlight, just someone KIND to others. Thanks @campbellusd Way to go #CG
First triathlon ever, more to come with #CG #LD
Beach time
Shakerato affogato
Good morning sunshine….
Follow my real trusted friend on WordPress.com

Sadly our holidays and well deserved vacations have come to an end, yet there is no better way to say goodbye than celebrating with the three 👑👑👑 Wise men. 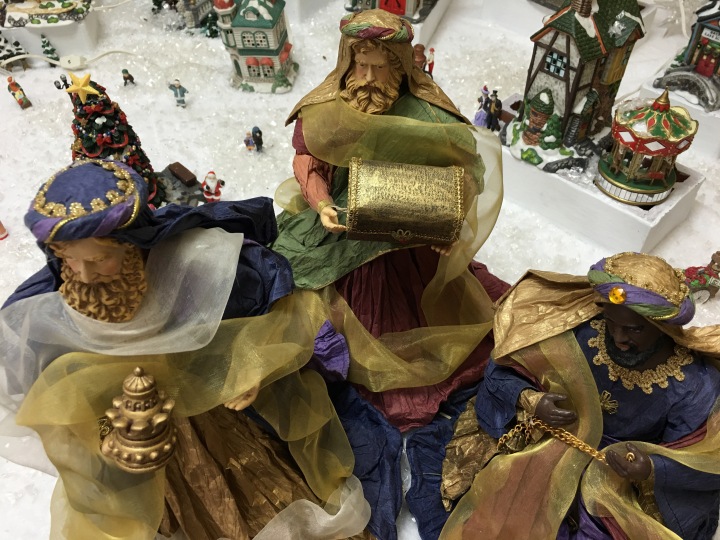 For some reason my father has taken this tradition to his heart, by now everybody knows that around January 5th he and my mom will throw a party to write a wish letter and send it up to the Wise men in a well inflated helium balloon.

This requires some preparation, preparation for a party of more than 100 people that joined us this year, most of which are family members, friends, neighbors, friends of our neighbors and everybody that has heard about it. Some of them were even asking about it before the date was confirmed.

All starts by getting the right size of balloons, #20 I think, not less not more. Getting the helium tank for 300 balloons just in case we have an overflow of requests to the Wise men, paper for the wish letters and a little cord to tie each letter to their respective balloon. 30 Abuelita chocolate bars, 24 liters of milk, 3 Roscas de Reyes, pastor tacos for 100+ people, drinks, tables, chairs, etc.

One or two hours before the guests arrive, inflating the balloons is a task my dad owns, nobody else, except for me when he is distracted. One balloon at a time, until the whole living room ceiling is full of them, doesn’t matter how many or how much time it takes he is in charge. Attaching the little cord to each balloon can be done by anybody else, his staff obviously, this time it was assigned to CG’s mom and me.

VaLu is normally in charge of mixing the Abuelita bars with the milk to make us a delicious hot chocolate, same deal as with the balloons, my dad and VaLu are in charge and everybody else is an observer. In this ocasion the observers noted that half of the kitchen wall had chocolate on it before VaLu realized it. Probably she was so focused on the quality that she didn’t pay attention to the messy kitchen she was creating – it was fun though.

As guests came in, my mom kept working on the final details, where to put the food, drinks, chairs for the elders, etc. Aligning all activities for the night, diner first, then making sure that everybody has paper and pen for their wish letter, balloons throwing at the count of three and finally Rocas de Reyes with hot chocolate – like a well coordinated concert.

Kids of all ages and adults of all sorts of life come together this special night, all get to write a letter, all get to dream, all get to ask for anything they can imagine as all of it will come true.

In some parts of the world people organize parades with the Wise men, in my world my wise man and woman organize a party that makes us come and dream together, a celebration that everybody is waiting for and that for the first time CG enjoyed as she wrote her wish letter, released her balloon to the sky and said bye bye as it was flying away.
This is our tradition of the Wise men, I want to thank mom and dad for keeping it alive and making it so personal, I love it and I’m not the only one.

PS. I wish CG gets the four things she asked for. 👍🏼

Living abroad far away from your family has its ups and downs, pros and cons. Your new friends become family and family your first thought when planning vacations.

Last spring, I enjoyed a one month long sabbatical earned after five years working at PayPal. Visiting our family was at the top of the list, same as traveling to new cities in the world. It was a no-brainer, let’s travel to new cities with all our family, I thought. It was the best trip ever and I will write about it in a later post, just check this pic.

This time around is different, this season is one of the most important in our culture, thus we have decided to spend it celebrating posadas, Christmas, singing carols, drinking “ponche” and sharing time with the ones we love the most in the place that saw us grow.

I’m sure our little girl will enjoy it big time, she and her cousins will be at the center of everything, during Christmas and on New Year’s Eve. This is the first time they will meet, they will touch their hands and most likely will get a Hi or Bye from my little one. This is our next generation, the next from both sides of the family, the next that will carry our blood and names, the next that will enjoy the world we live in today.

As always, there is some sense of uncertainty and stress when planning these trips, but I’m sure that it will go as smooth as the one back in Spring. I think everything is about respect, dialog and making sure that everybody’s voice is heard.

For sure we will miss our family in the Silicon Valley, we have shared one more year of laughter, feasts, hard training and early morning races. We will be far physically but close in heart. We will be back to share stories about the trip including two weddings, one baptism, some posadas, baby Jesus birthday party, year end celebration and Acapulco baby.

For me a sign of complete success will be our families getting together once again, the little one learning about our traditions and getting back recharged for 2016.

Traveling with our family has been always the best decision, something that should always be at the top of anyone’s list.

Before saying good night, I want to send a message to my friends and family. #Goya

And yes, those ugly sweaters in the picture are meant to be ugly and win a contest.